Psychogeographic mapping and the challenges of art in an uncertain future

In the context of the ongoing pandemic COVID-19, Art N Folly and The Gallery at Seaspice have decided to produce Art Remedy, a project on this historical moment that contemplates a collective exhibition on contemporary art intending to help with the creative processes and the well-being of the artists. It also incorporates creating an online archive to relate historical readings and raise questions about the role of art from the collision of COVID-19 in people’s lives. Today the virus continues to cause irreparable losses in people’s lives and affects our ways of relating.

The closest revisions that involve the artists, the story tells us different moments of crisis. Artists’ narratives focused on social, economic, political, and ecological issues, among other topics that seek to encourage dialogue, reflection, and the creation of new paths that will lead us to a healthier, more supportive, and sustainable territory.

From this perspective, it is impossible not to remember that in 1929 the United States suffered the Great Depression produced by the financial Crash. This dramatic event plunged the country into an unprecedented social and economic crisis, notably affecting rural areas.

At that time, President Franklin Delano Roosevelt (1882-1945) proposed the New Deal, a program to support the nation’s most impoverished strata, stimulate new employment opportunities, and reform the financial markets.

The social impact of the New Deal was unobjectionable since Roosevelt did not repeat primitive speeches associated with revolutionary ideas; instead, he focused on silvering reforms to change the American economy. To achieve this, he integrated an important team of professionals to support the affected sectors.

Among the figures who participated in the design of the New Deal, it is worth mentioning Harry Hopkins (1890 – 1946), who was responsible in 1935 for the Works Progress Administration (WPA); renamed in 1937 as the Work Projects Administration. Its objective was to provide paid jobs to carry out public works projects.

As a project in itself, the WPA created several divisions to benefit as many areas of work as possible. One of its most relevant projects was the Federal Project Number One, which employed writers, artists, photographers, musicians, theater, film, and media directors, among other creators dedicated to rebuilding the nation. Roughly $27 million of the nearly $5 billion earmarked for WPA work programs went to the arts.

In this sense, the WPA, to alleviate the lives of artists affected by the Great Depression, decided to use them to create, for example, graphic prints, murals, sculptures, and public interventions. The commissioned works’ purpose was to seek to inspire and project the vision of a dream America.

Likewise, Roy Stryker (1893 – 1975) played a decisive role in developing the WPA and other social laws. In 1935, he was delegated as the Historical Section of the Information Division, an entity subject to the Resettlement Administration, renamed the Farm Security Administration (FSA) in 1937.

Stryker’s challenge was very specific: to create a photography department to record the agency’s activities and document the geography of a town afflicted by the losses caused by the Great Depression. To achieve his mission’s success, he called a caravan of photographers and assigned them to travel to different locations to record what was happening in the country.

When photographers arrive at their destinations, they identify a desolate scenario. In the very heart of the United States, they discover ghost towns, impoverished farmers, desolate lands where there were once plantations, the remains of rural markets, lifeless animals, broken-down transportation systems and means of transport, and everything that could have contributed to people’s lives or been useful for their development seemed to have been stretched by neglect. What once had life was left behind, and those who still had it moved on to other places due to the impact of economic and climatic setbacks from the Dust Bowl dust storm phenomenon.

The documentary project’s collective strength entrusted to the photographers fulfilled the task for which it was created and (without being planned) laid the foundation for documentary portrait photography in the United States. Thanks to the participating authors’ individual quality, among which the image Migrant Mother, 1936 by Dorothea Lange (1895 – 1965) stands out.

On the eve of the current crisis resulting from the COVID-19, Arte Remedy wants to operate as a healthy alternative space in the face of social distancing and, in turn, aims to evoke the spirit of that collective force of artists and photographers forging new paths.

Objectively, the works that makeup Art Remedy may not be able to stop the expansion of COVID-19, but one thing is sure: the will of the participating artists and photographers invokes the need for new ideas and ways of acting to overcome the global recession and to consider the resurgence of humanity. Perhaps from this place of reflection and action, a deep empathy and change of global order will be generated.

That being possible, art would not only serve to decorate, study, ask questions or capitalize on important business operations, but it could also be capable of fostering a significant state of resilience that would bring a better state of well-being to people’s lives.

Now the most significant risk that threatens us is not so much the possibility of new outbreaks of COVID-19 or the appearance of new viruses or diseases that compromise all beings’ health that inhabit the planet. The greatest danger is not to adapt to this unprecedented moment, to ignore the imbalances of nature, to persist in the accelerated destruction of our fundamental systems of life, and not to evolve our perspectives in the face of the problems that affect us in the presence of climate change and environmental warnings.

The experience we lived is a challenge to imagine better health conditions and construct a more prosperous and sustainable economic scenario. For this, it is necessary to take steps; life is a path that is not marked; we forged it so that the destination becomes our life. Let’s remember the poet Antonio Machado (1875 – 1939) when he tells us: walker, there is no path, the path is done by walking. His verses’ validity invites us to undertake with illusion and optimism every situation, no matter how contrary it may seem.

Perhaps it is time to review our participation in the construction of a model of life that guarantees better conditions for future generations and, if possible, try to know what role we are playing in the conglomerate of the art world that promote readings that legitimize the value of life for all inhabitants of the planet. What types of initiatives can we carry out to consolidate a front of global resistance to re-establish the balance of ecosystems, what types of proposals could we create to support renewable energy, how can we help wildlife in the face of unsustainable development, how can governments, businesses, and organizations create healthy relationships with artists to design projects that benefit threatened communities?

To take advantage of the experience of the facts of the past and the present to ask ourselves to what extent contemporary art is serving to rescue the ancestral memory of the indigenous cultures that preceded us. What is needed to awaken the conscience of the States before the importance of art in the participation of educational programs and financing of projects that promote integrated and innovative solutions between art, technology, science, and society? Or who would be interested in participating in a work agenda related to the formulation of coherent and effective policies on human rights, gender equality, reduction of inequalities, and respect for women and children’s lives?

In the end times of crisis bring turning points that certainly inspire change. Today we could be part of a cardinal story if we seek to draw from the past some learning about the importance of art in people’s social and personal lives.

In summary, Art Remedy is an essay that perhaps suggests that the worst epidemics that have afflicted humanity are not biological but moral in nature as Albert Camus (1913 – 1960) argues in his novel The Plague.

Is a gallery owner, curator, art fair director, art mentor, art consultant, and art collector.
Francisco is the founder of Art N Folly gallery, as a curator and producer his focus is on conceptual curatorial models as it relates to cultural, personal, and art historical investigations of identity. He only works with artist committed to the integrity of their respective arts in relation to the cultural climate.

Prior to joining the Art Altruist, Valeray co-founded The Directed Art Modern, a Miami based gallery where Valeray curated programming for fortune five hundred companies, cultural institutions, and the community at large.

His curatorial projects have been part of international art fairs in New York, Chicago, Miami, Los Angeles, Jackson Hole, Aspen, Hamptons, and Berlin to name a few. Today, Valeray holds a prestigious potion as Strategic Partnership Director of Next Level Art Fairs producers of the acclaimed Art Palm Beach fair which has long standing roots within the Palm Beach Community.

Is an art specialist with 18 years of experience in art management, advisory, art criticism, and art education. She worked for many years at GBG Arts, Caracas. In 2017 she founded GBG Arts Miami. She has managed the careers of emerging and contemporary Latinx artists.

Her field of action includes collaboration for auctions and high performance in the organization and production of art fairs such as Art Palm Beach.

He is an art curator and researcher. His lines of work explore the qualities and disabilities of the tools and platforms of the digital native generation. He is interested in contemporary artistic practices that explore the evolution of social narratives. and ecological ones related to representation, new realities, identities and ways of thinking that promote sustainable ideas.

Daprano has curated different exhibitions in the United States and promoted the participation of photographers on prestigious platforms such as LensCulture and FujiFilme. Part of his project with the photographers takes place on Instagram

On the other hand, Daprano has significant experience as a museographer. He has designed exhibitions for essential projects such as Latin American Contemporary Photography, Photo España’13 at the Chacao Cultural Center, Caracas. Likewise, he has collaborated in different projects for organizations, foundations and public and private collections in museums, galleries, art fairs.

He lives and works in Miami. 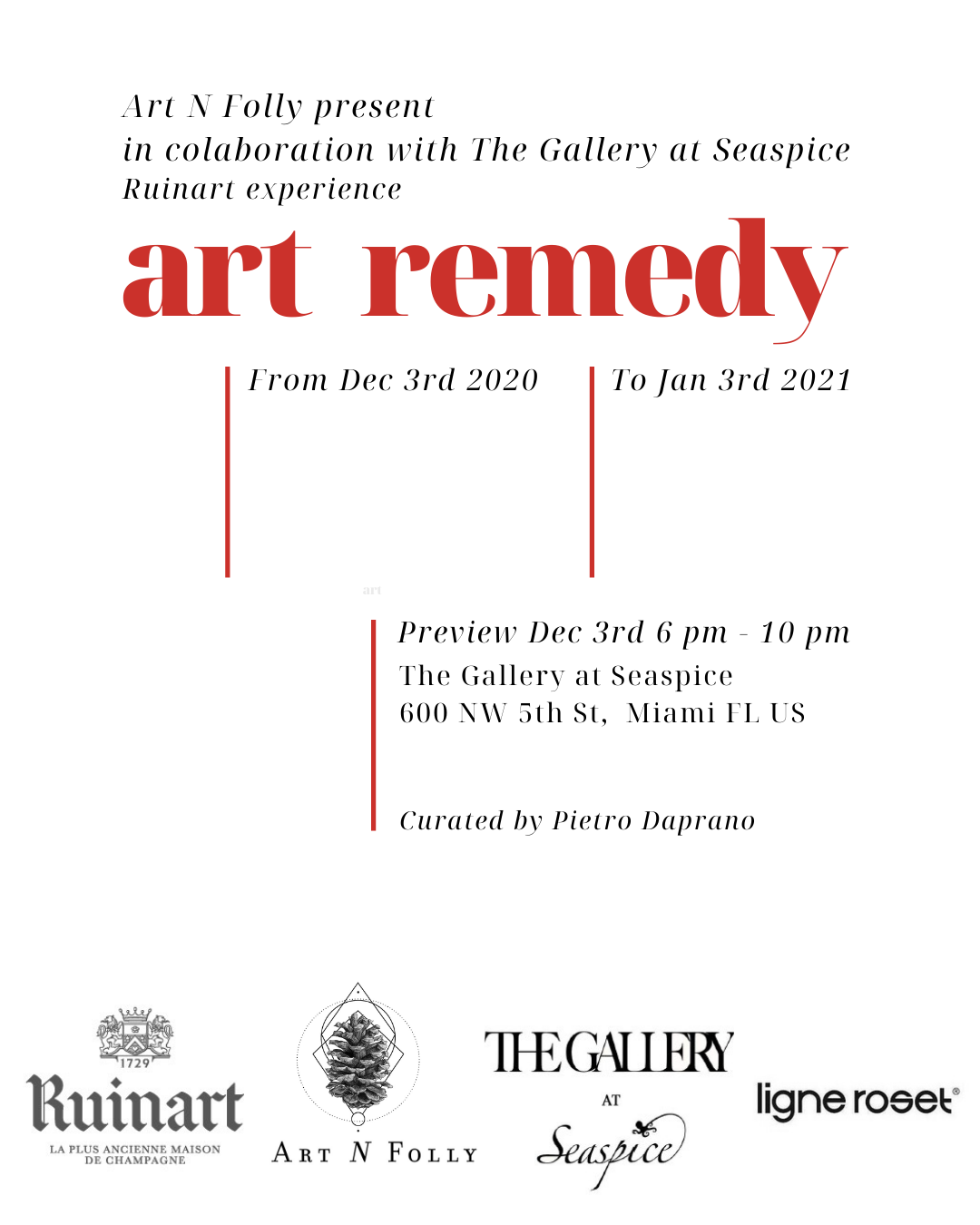 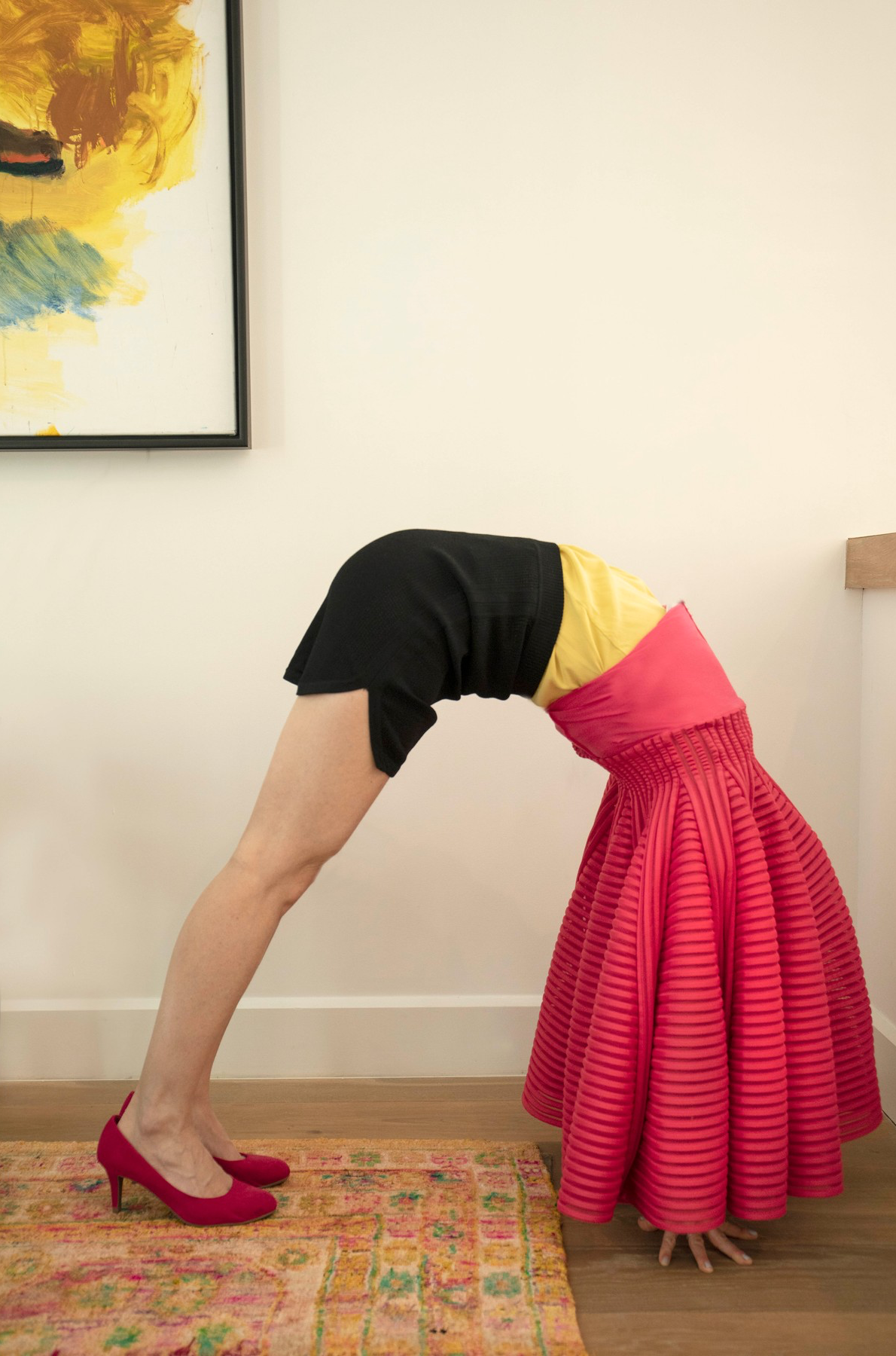 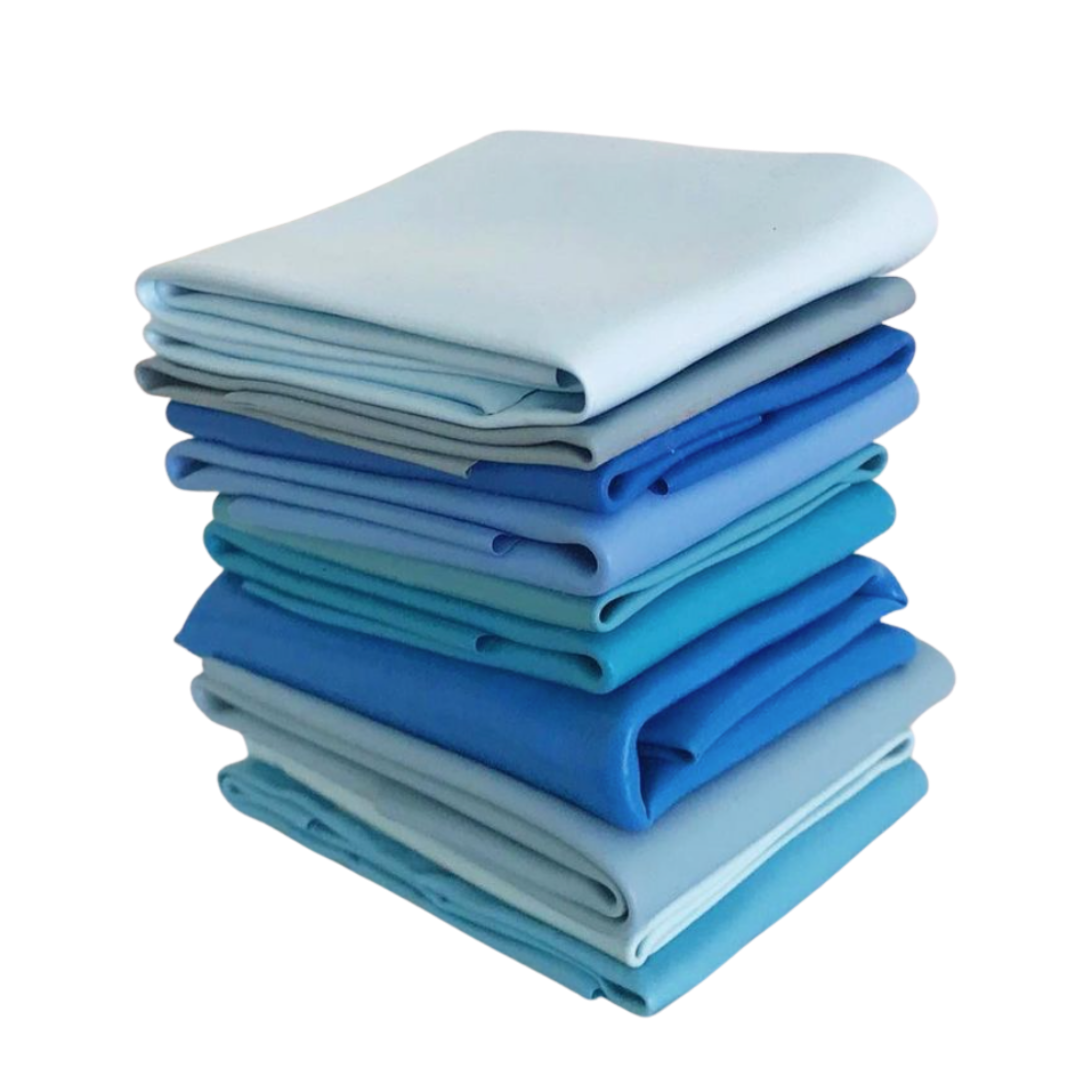 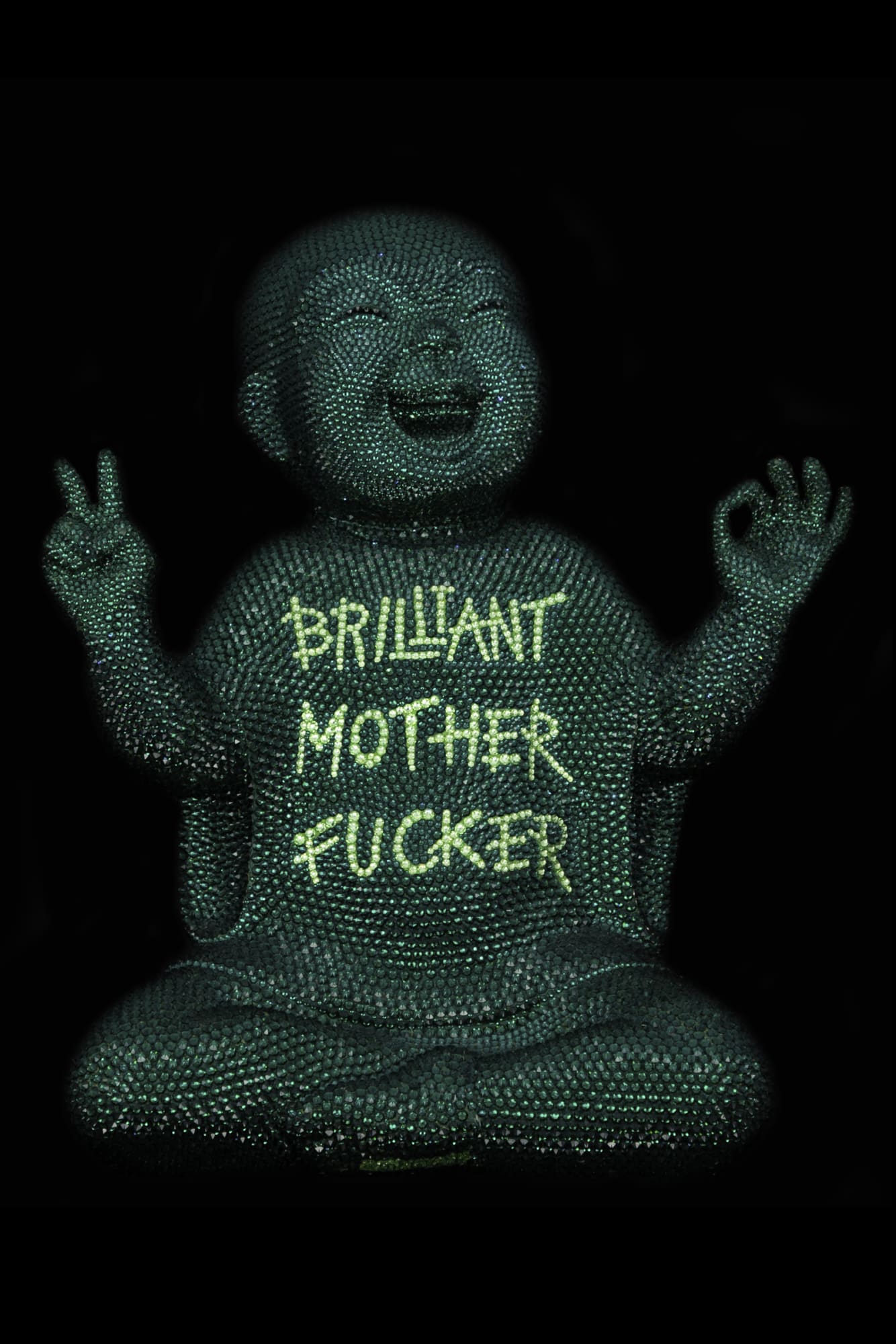 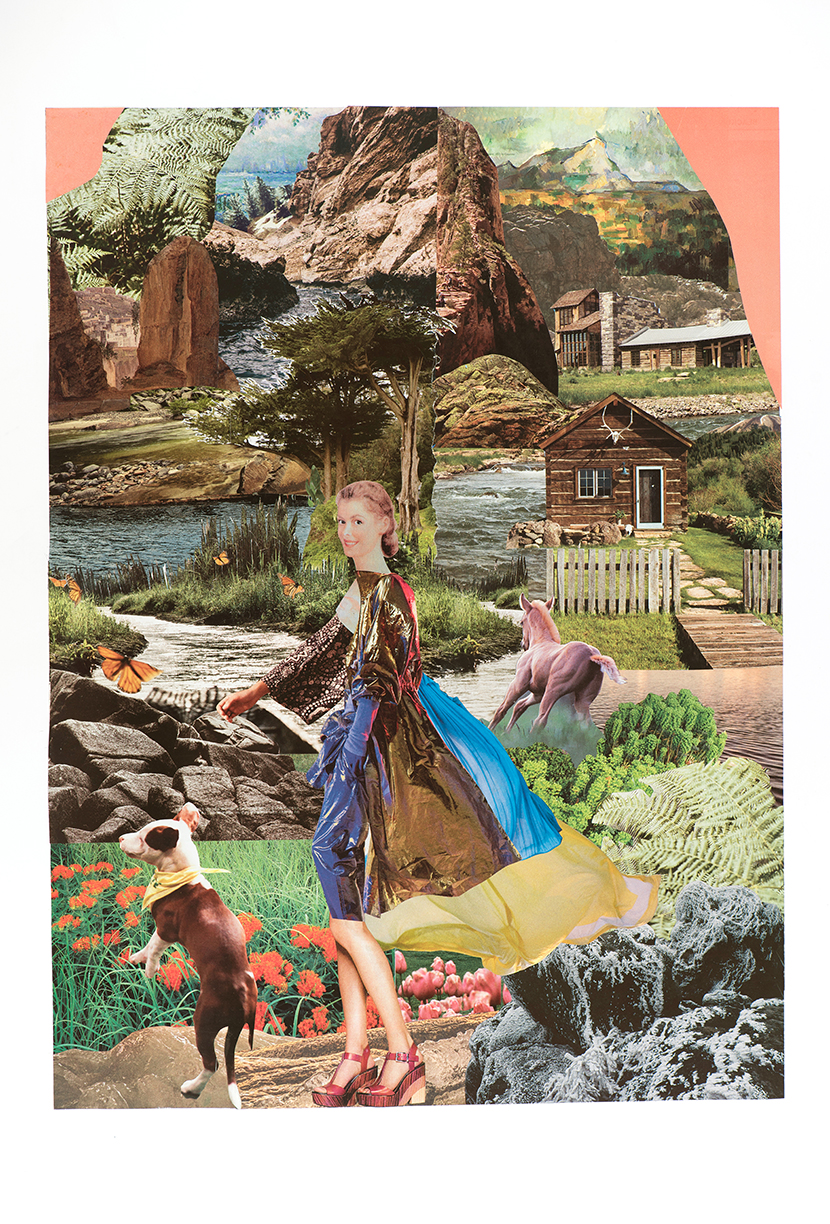 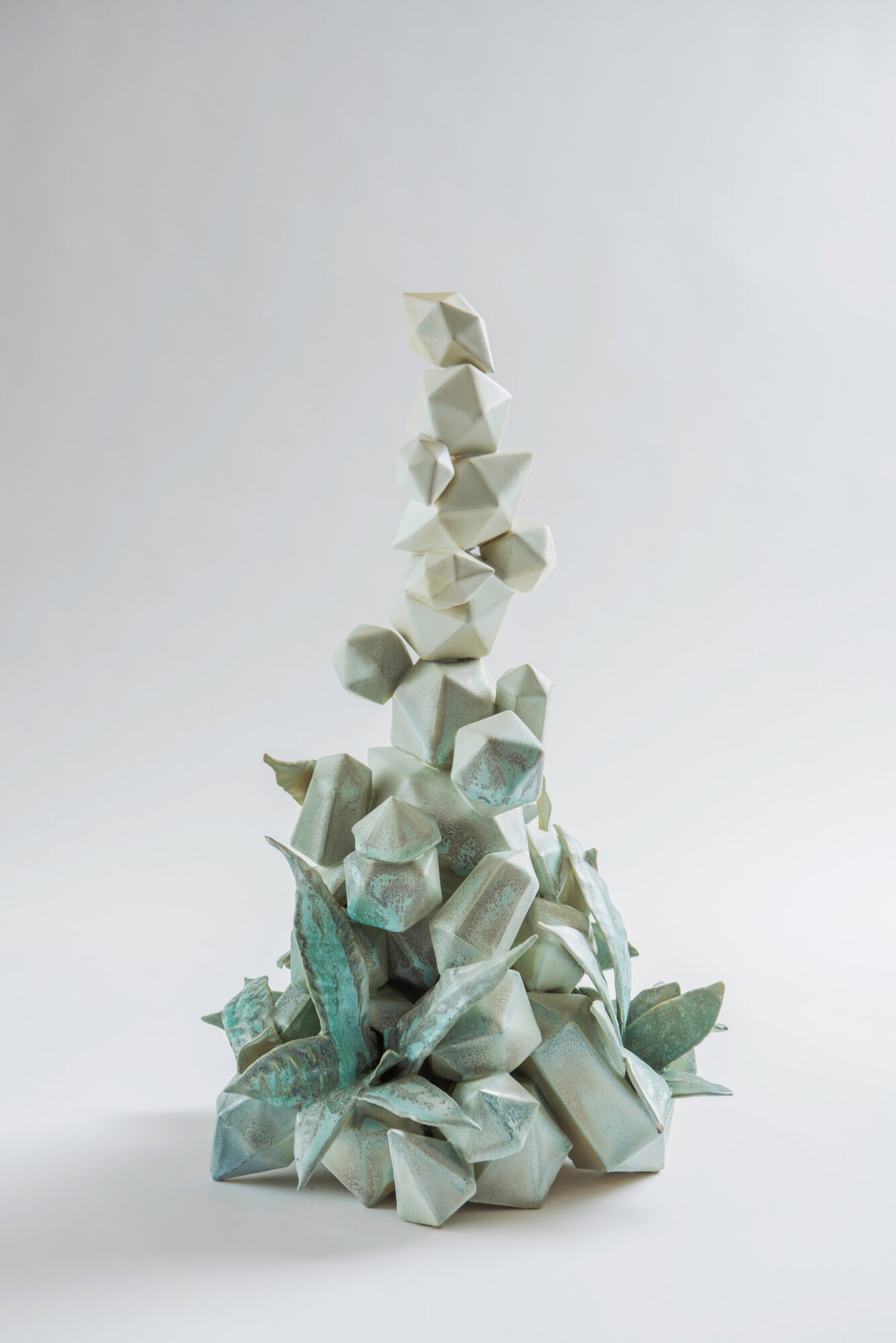 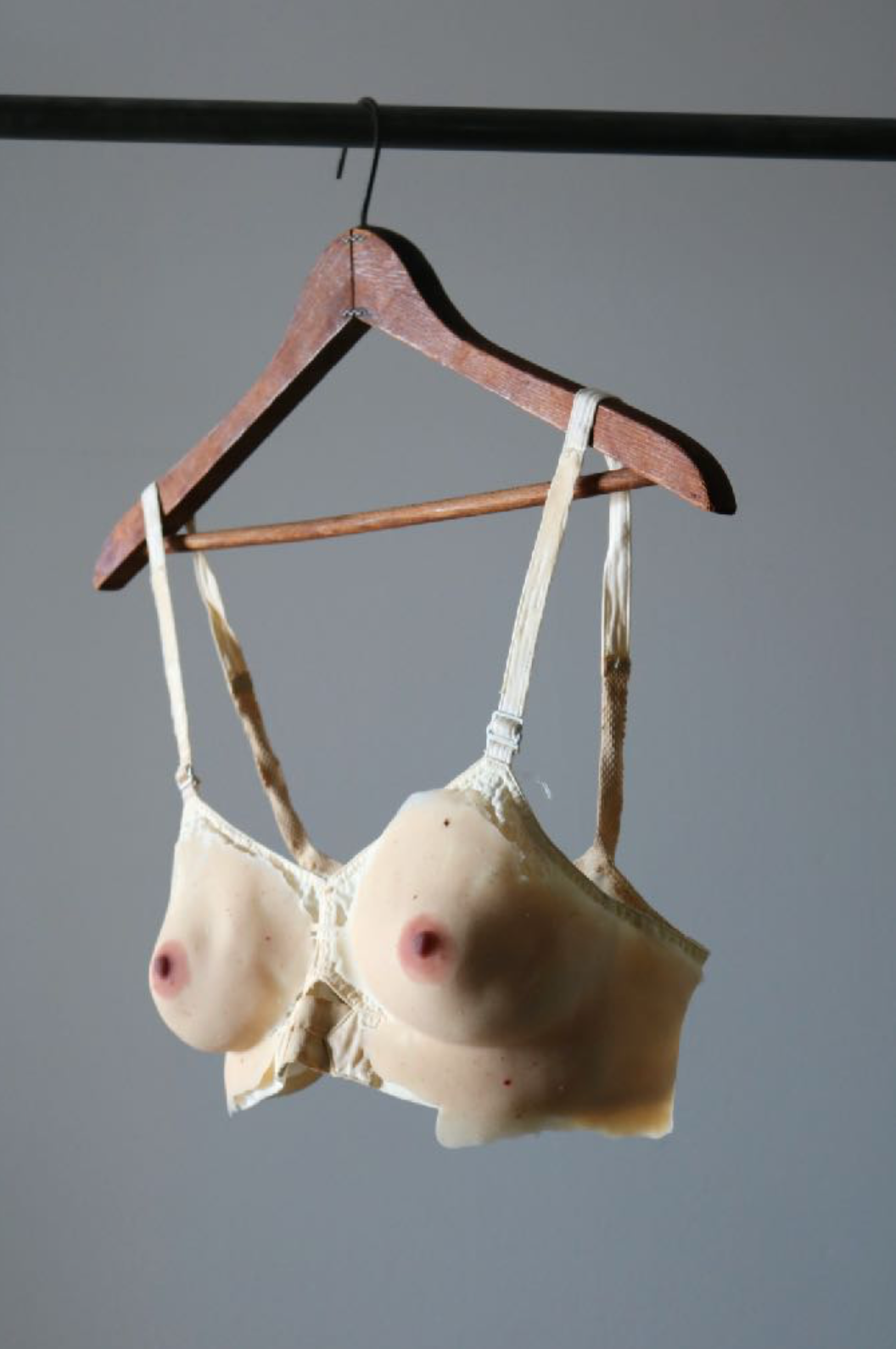 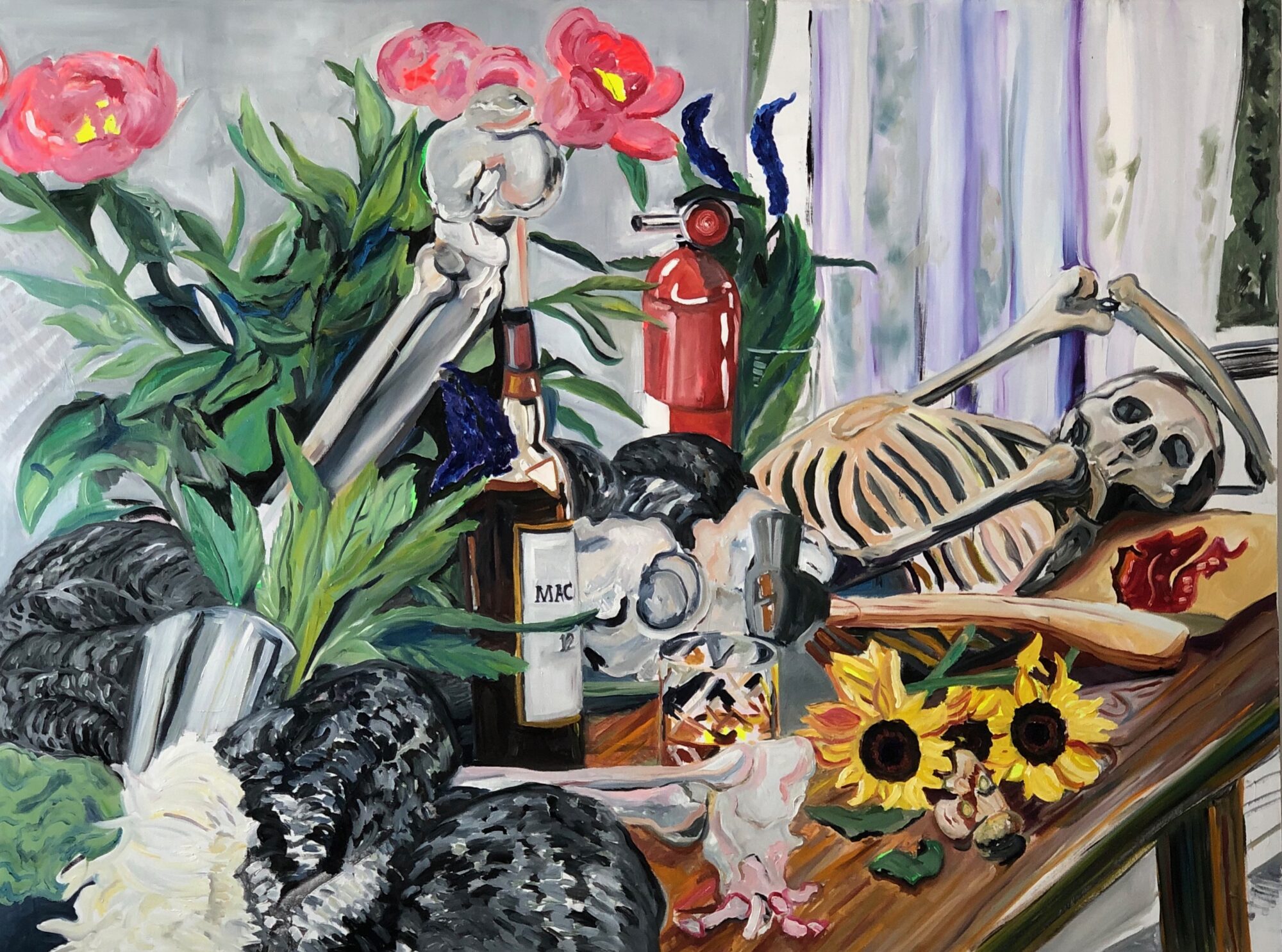 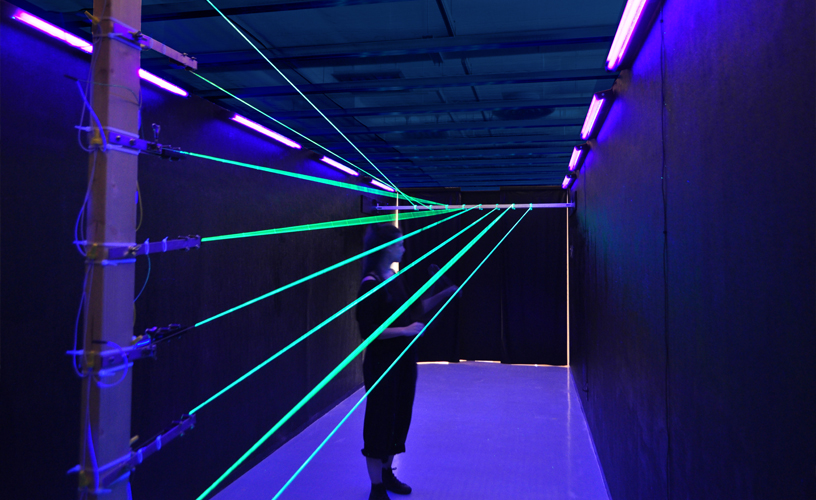 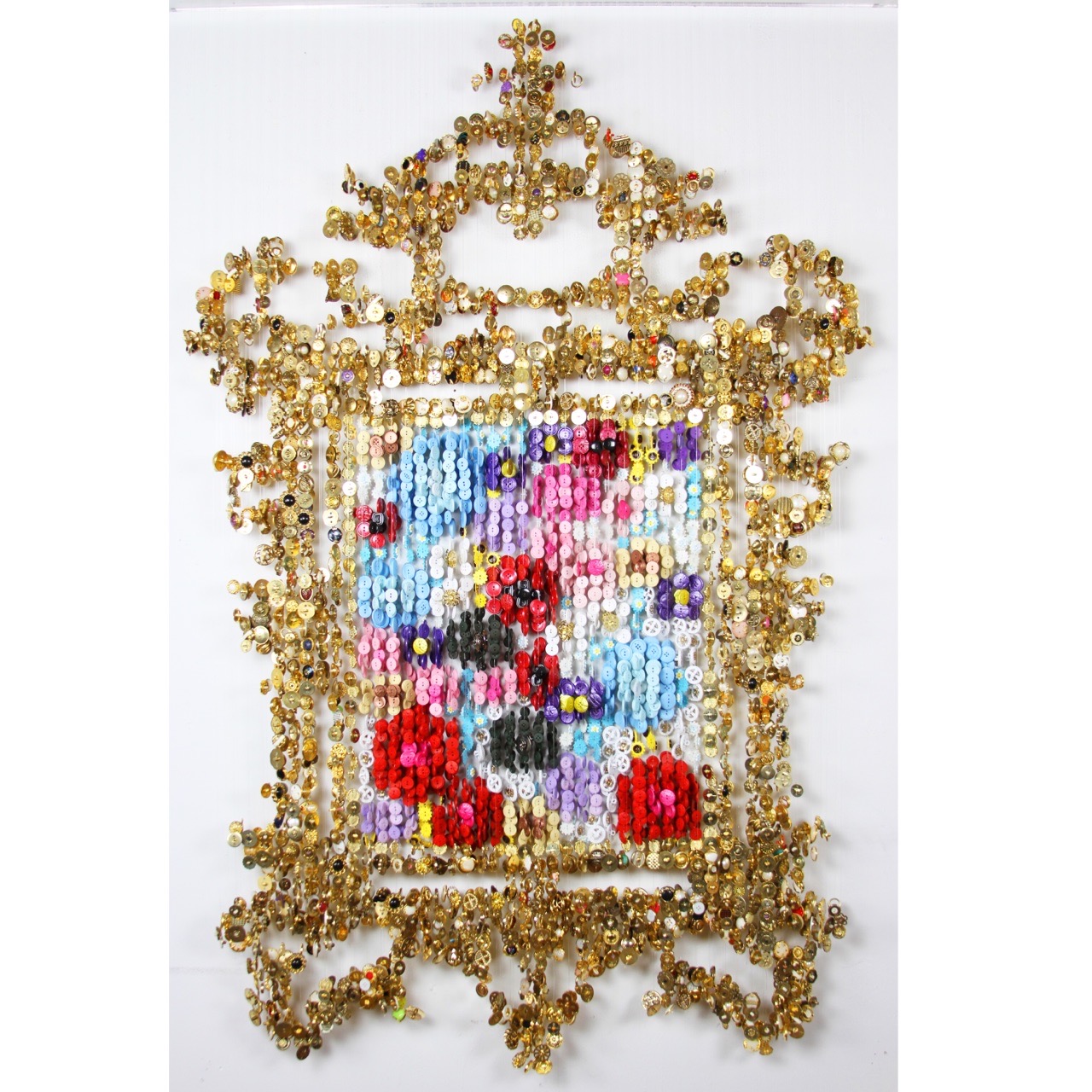 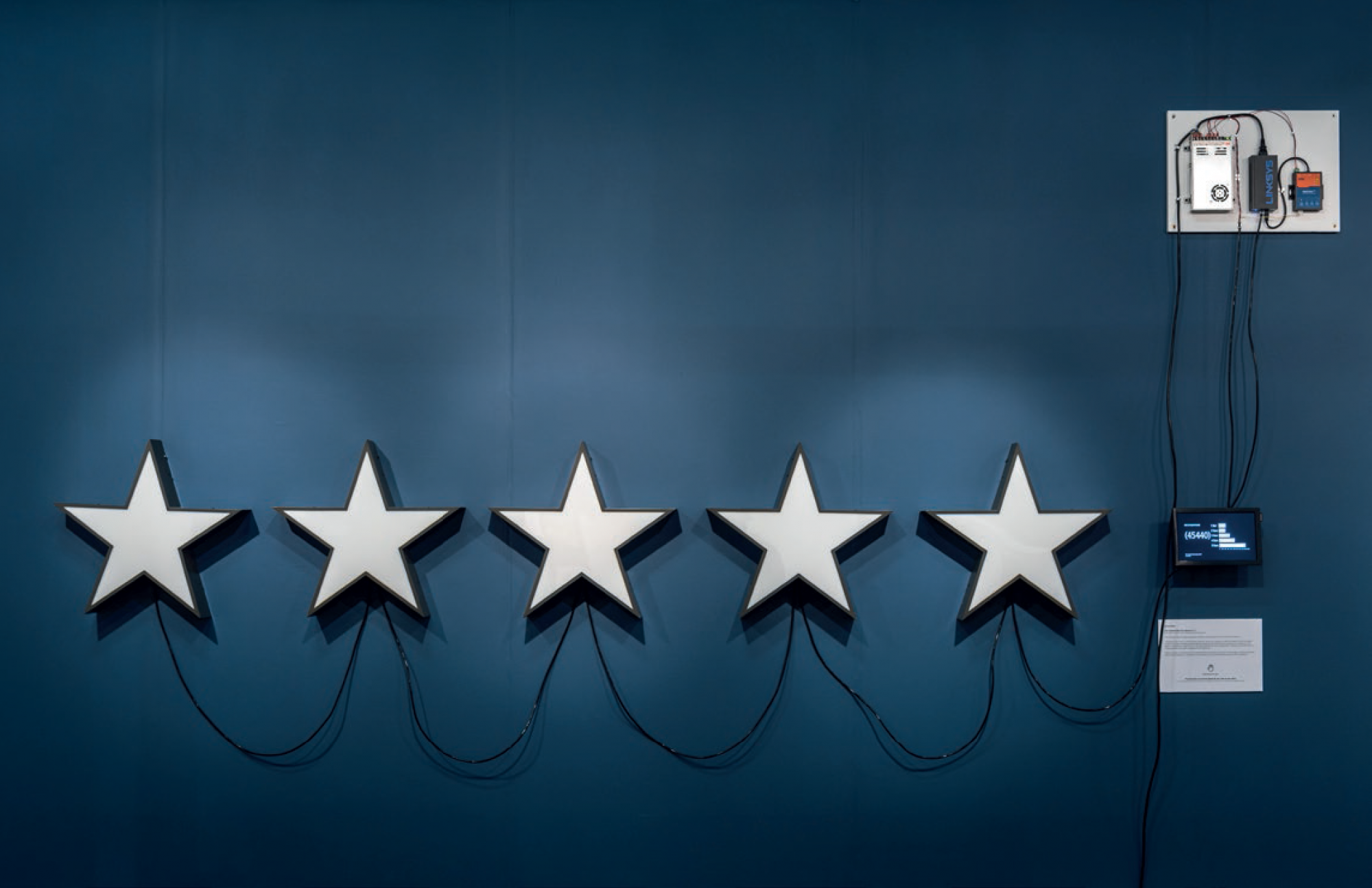 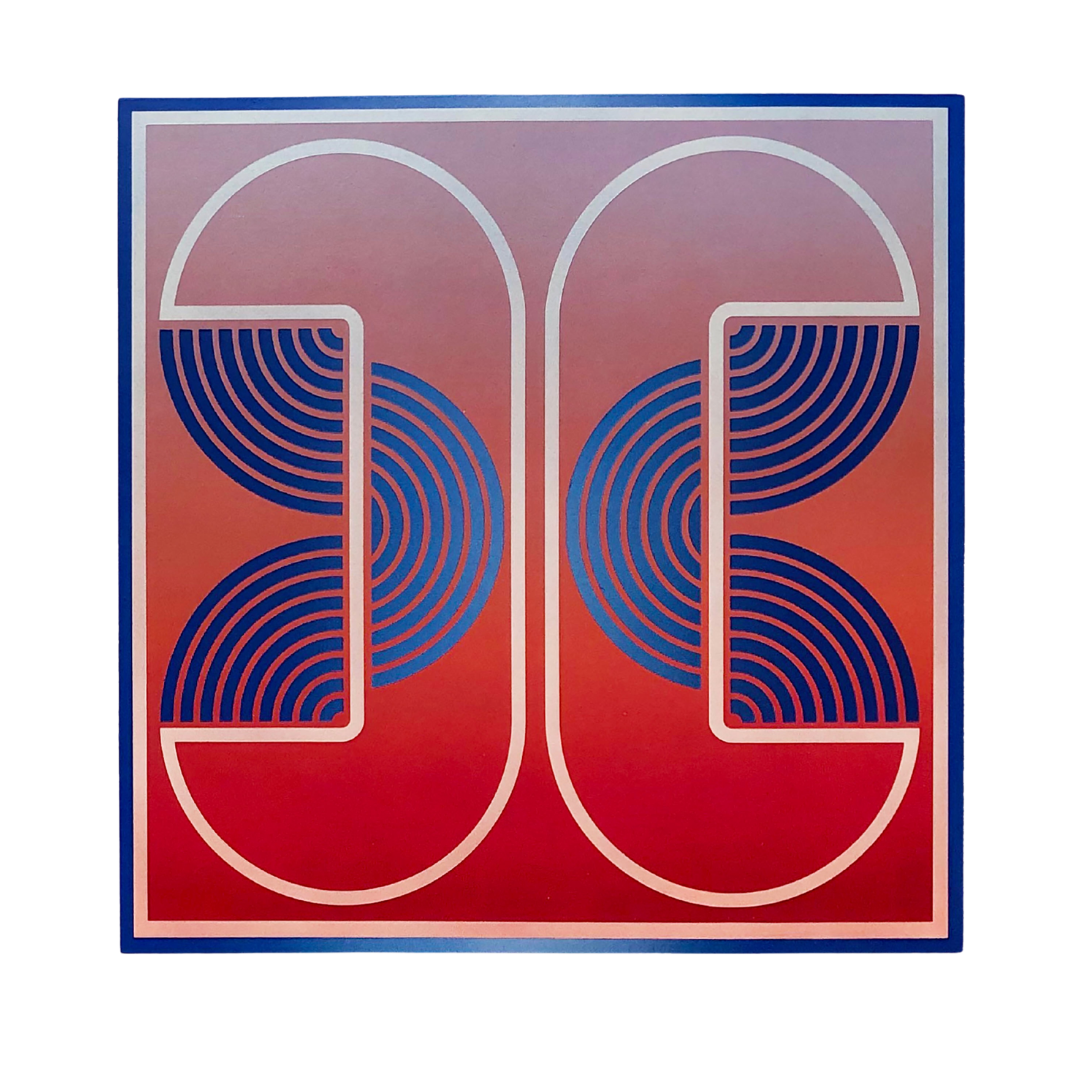 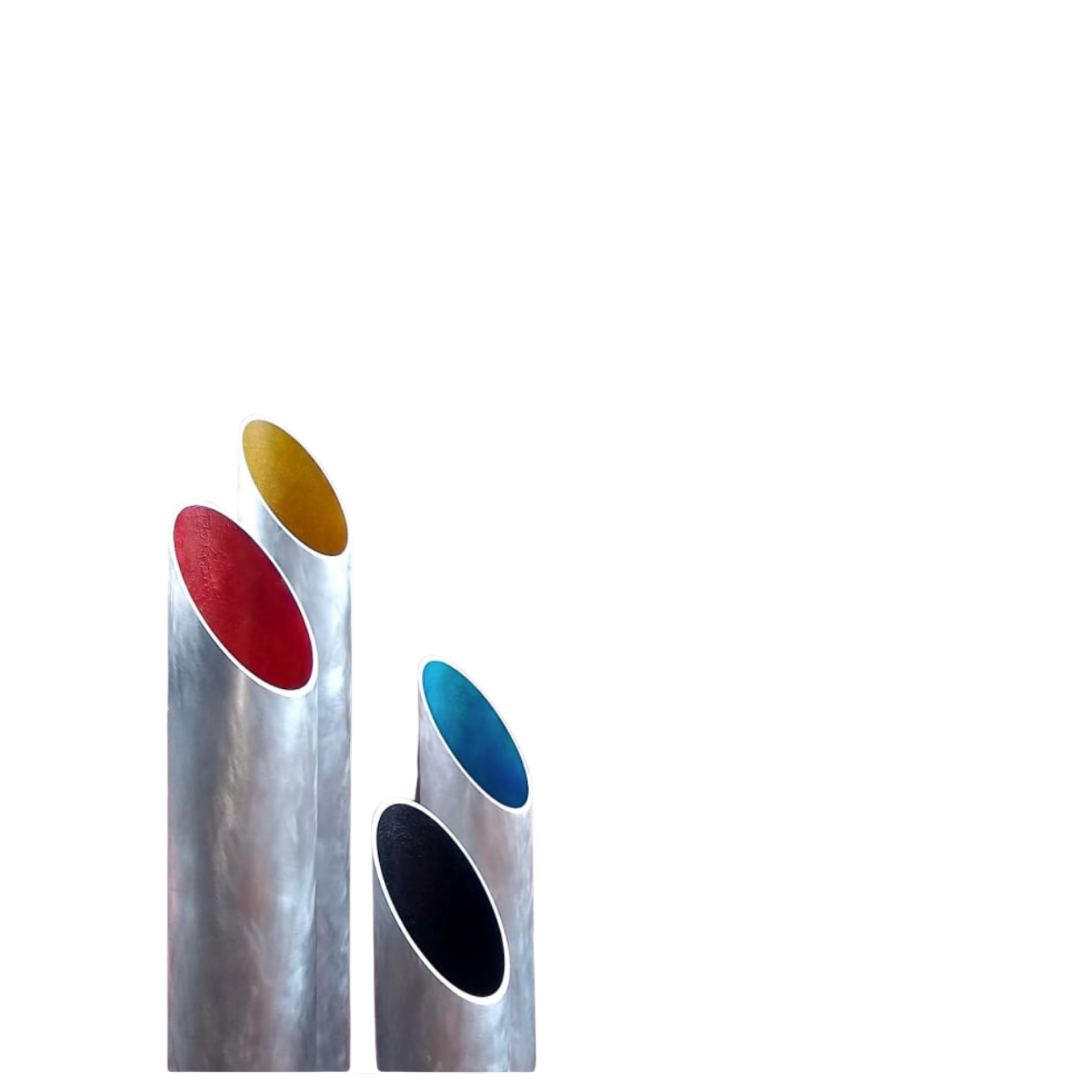 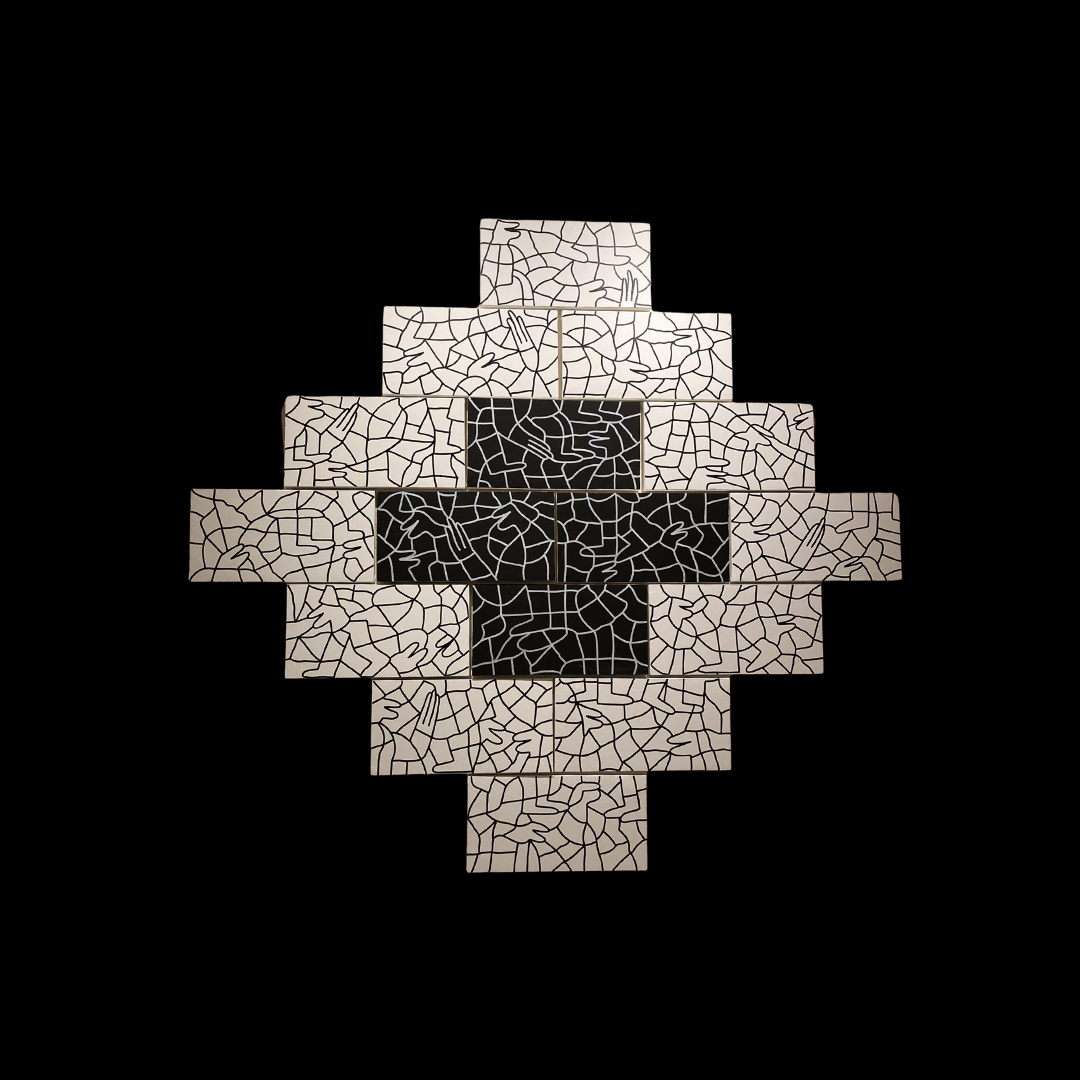 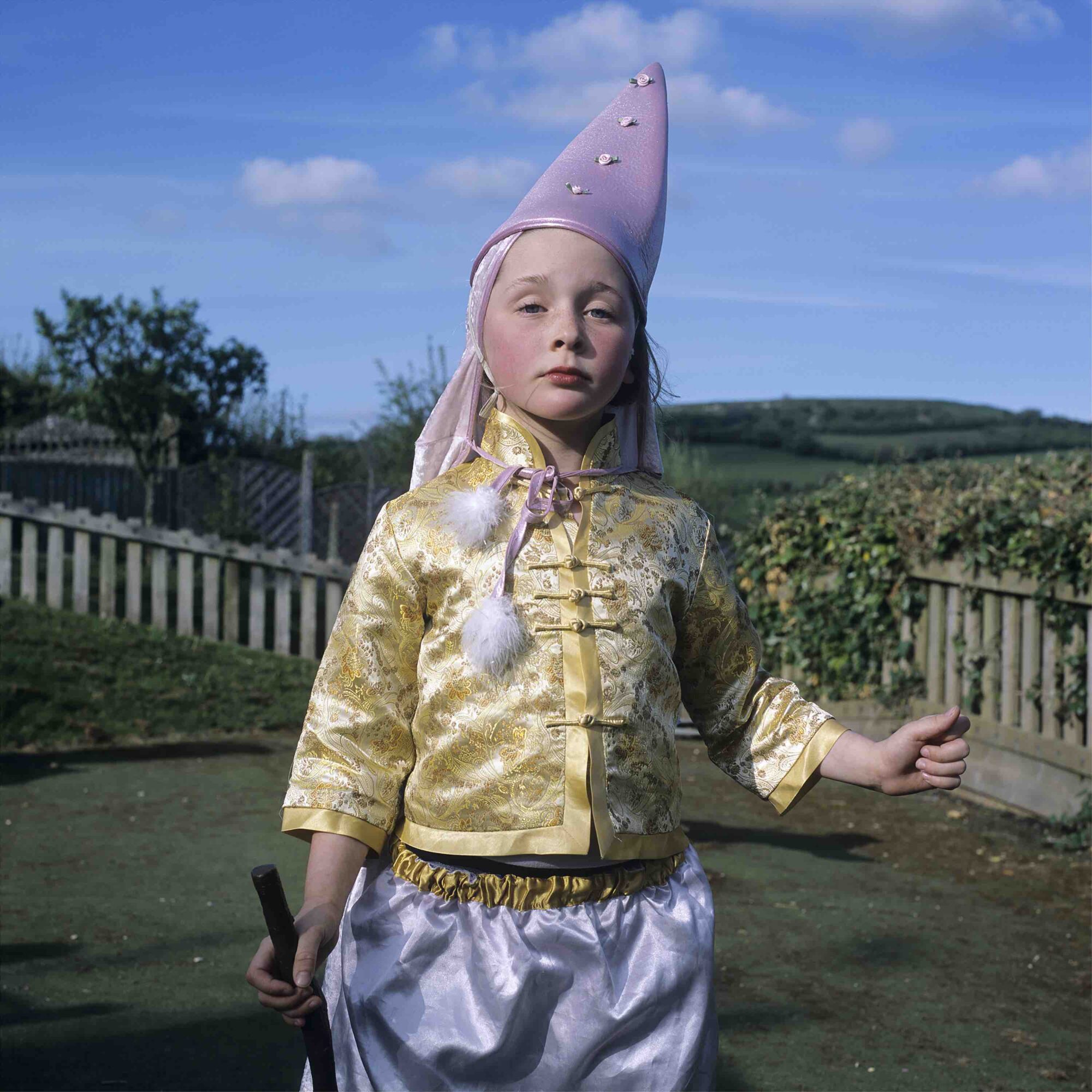 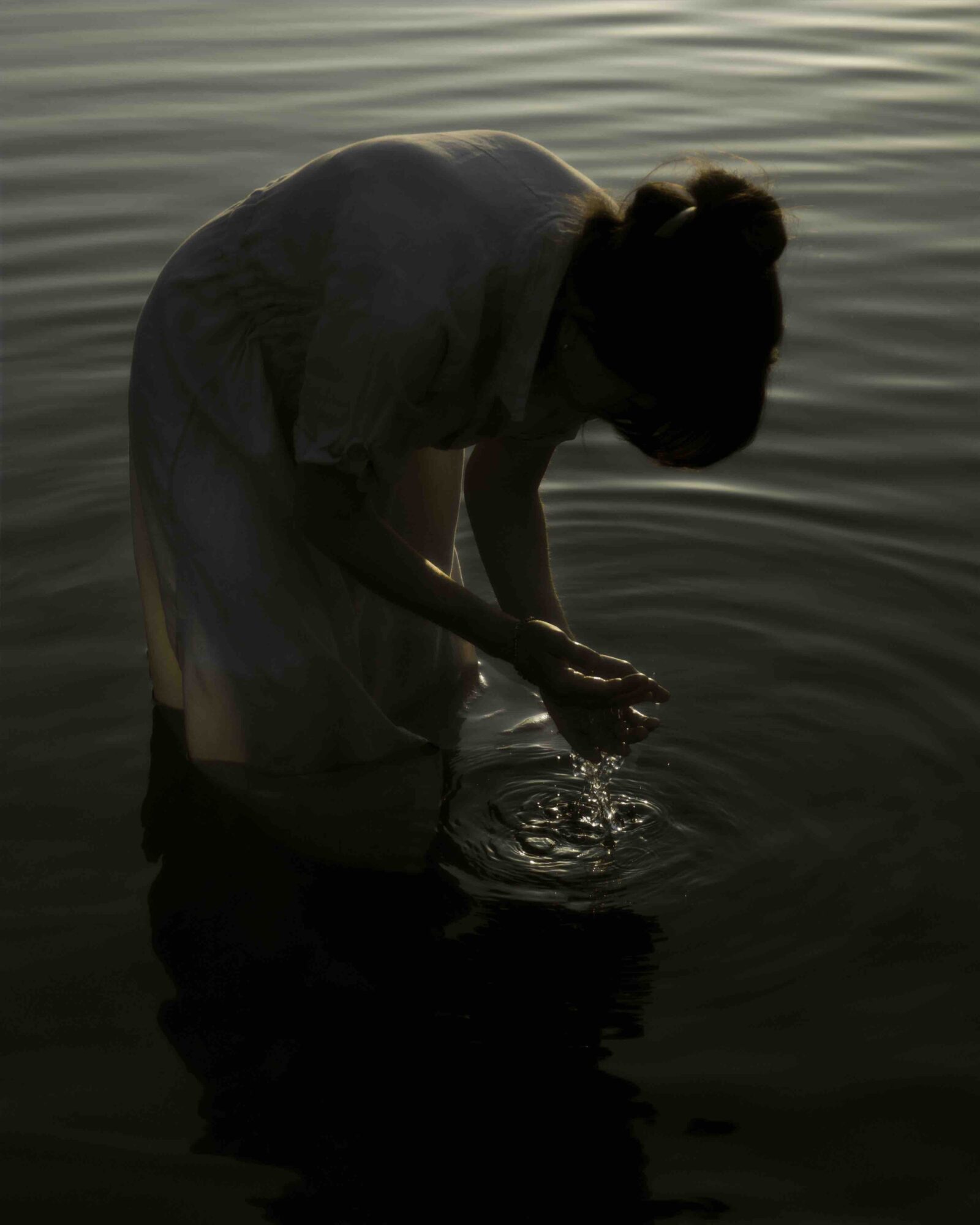 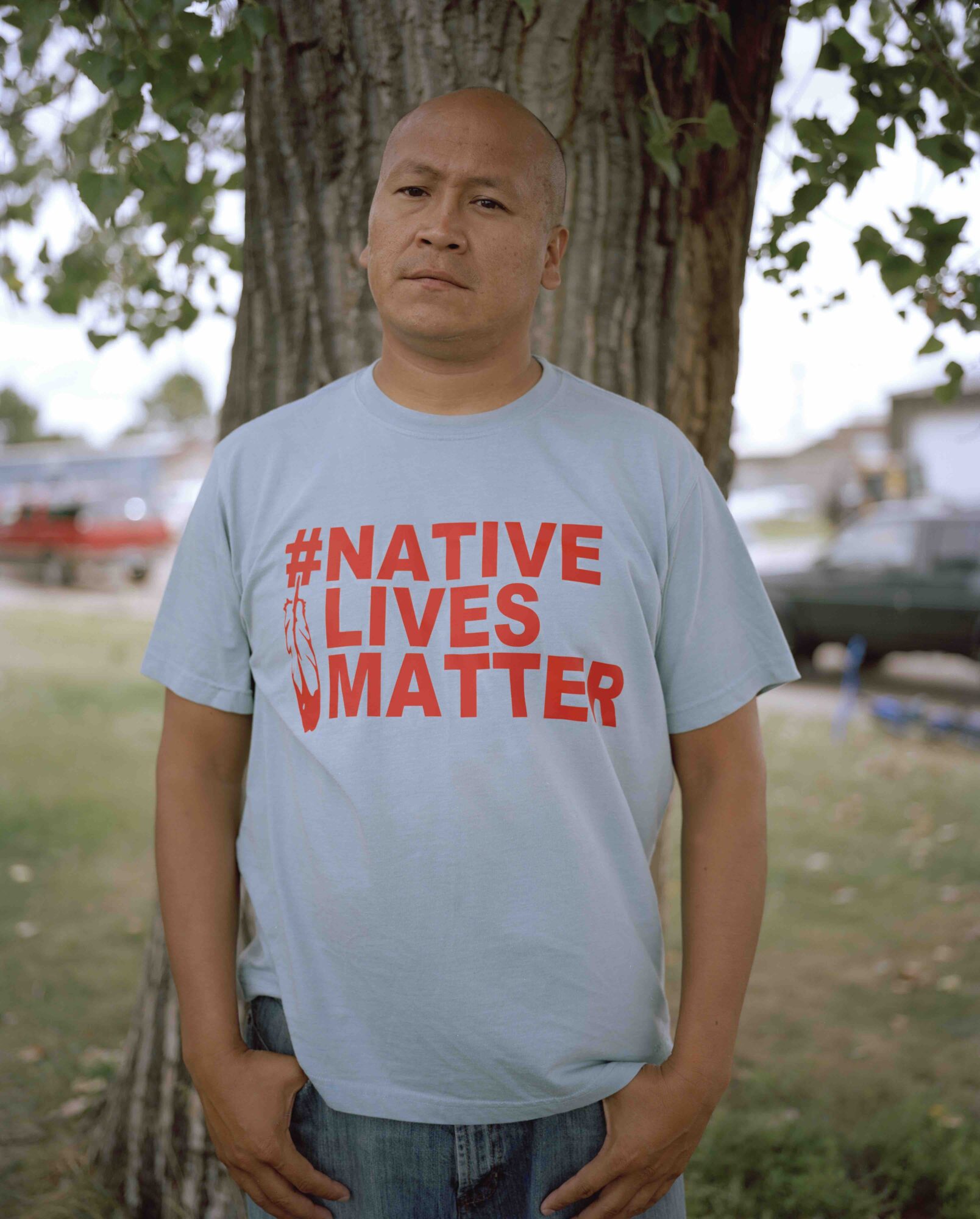 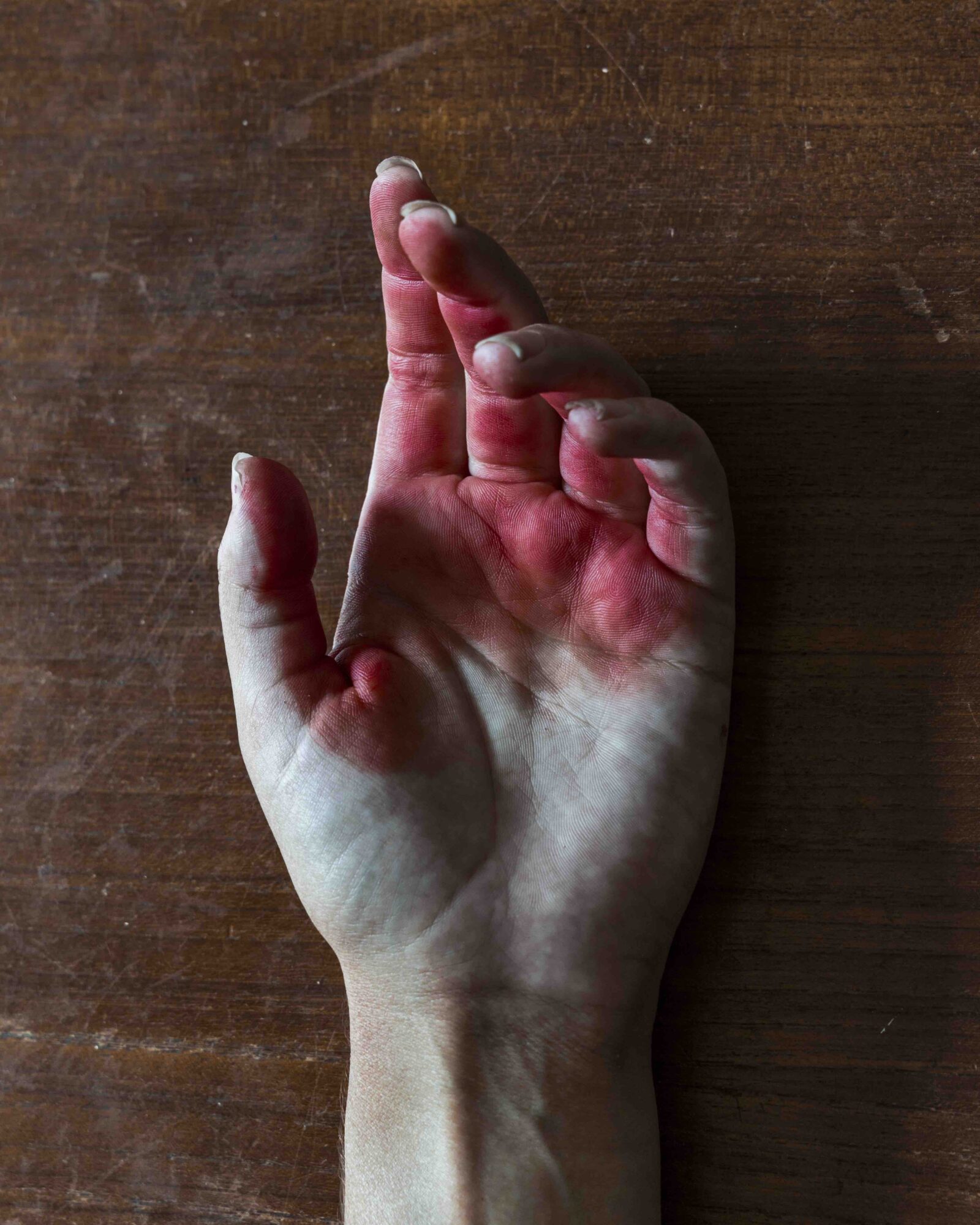 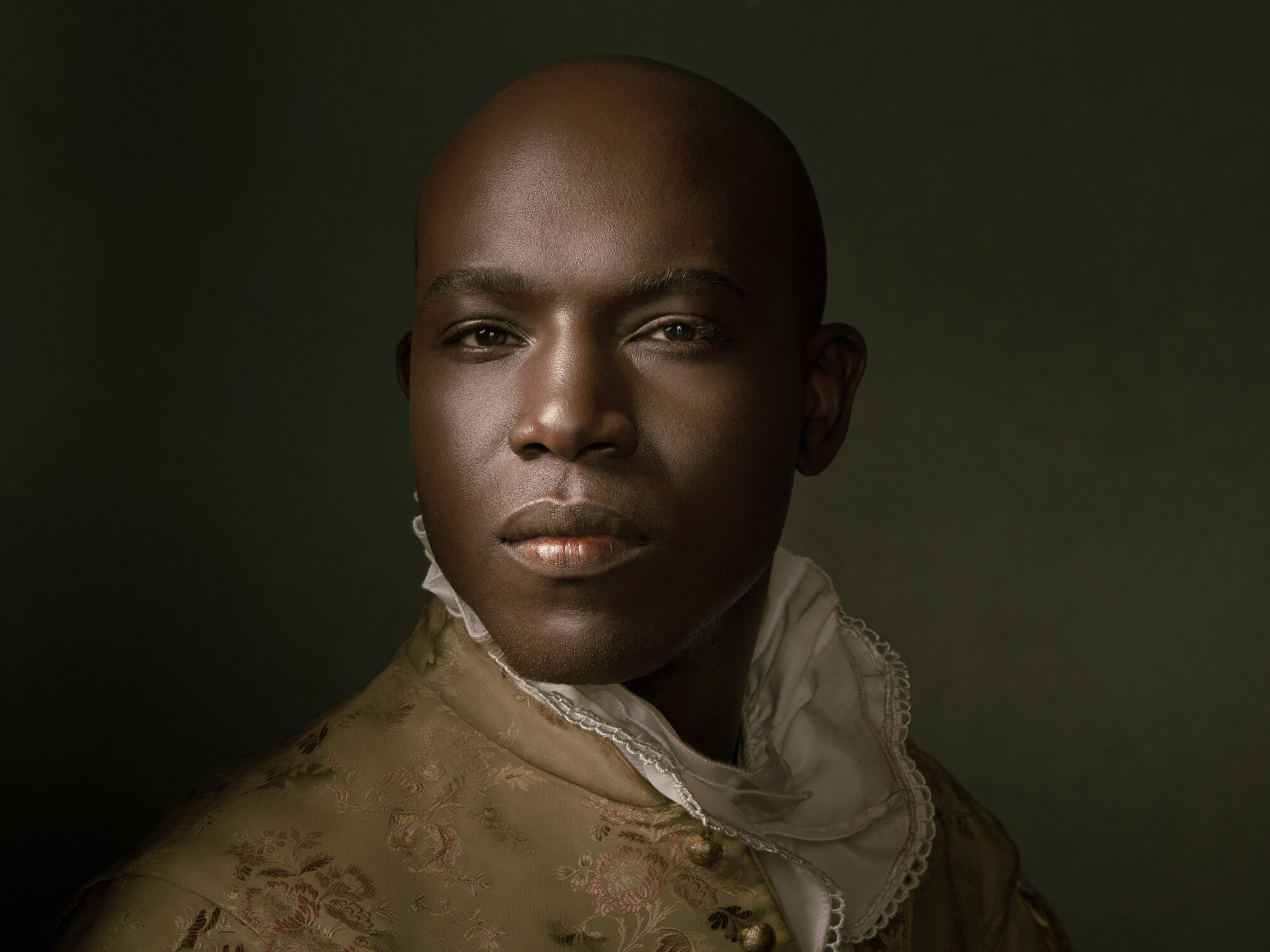 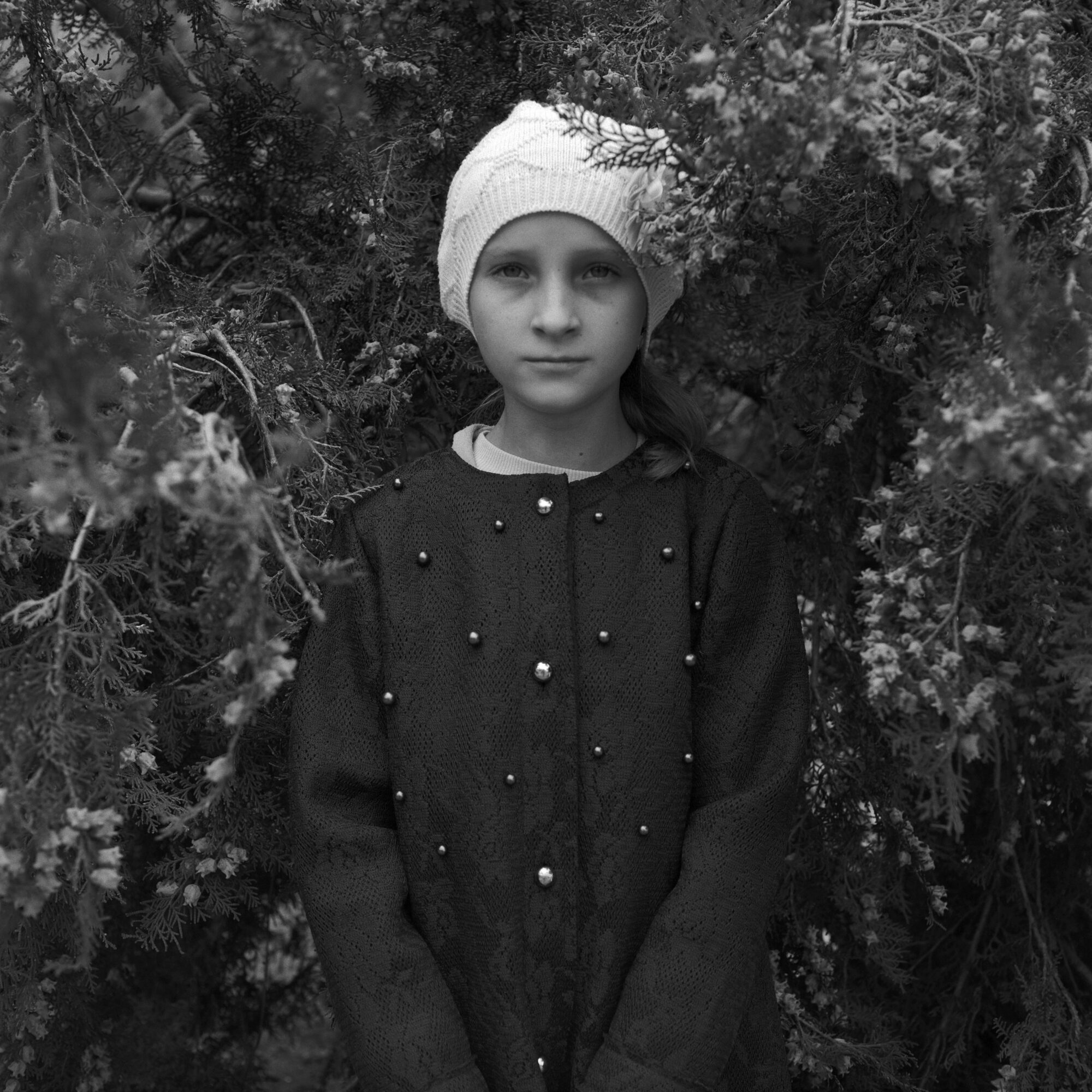 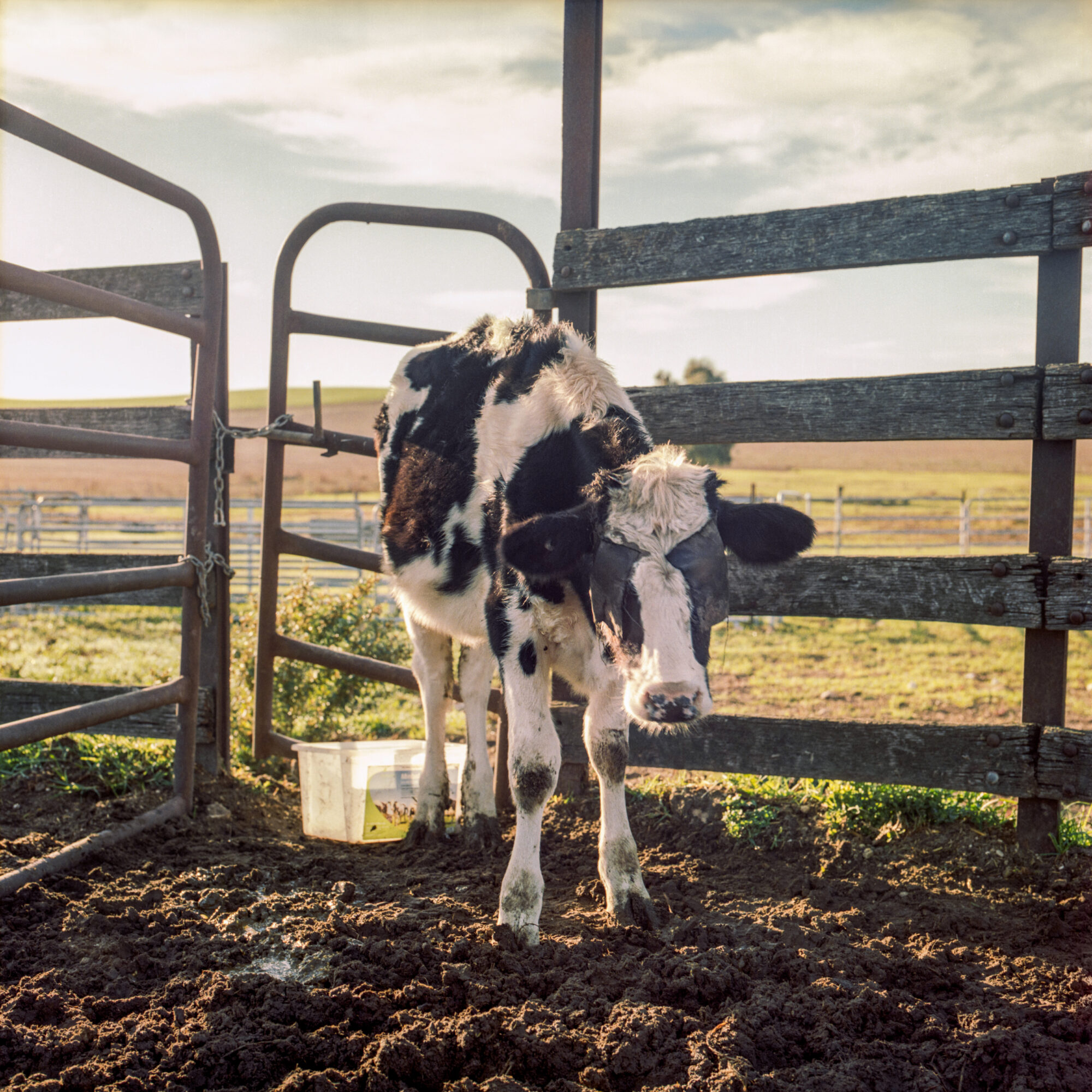 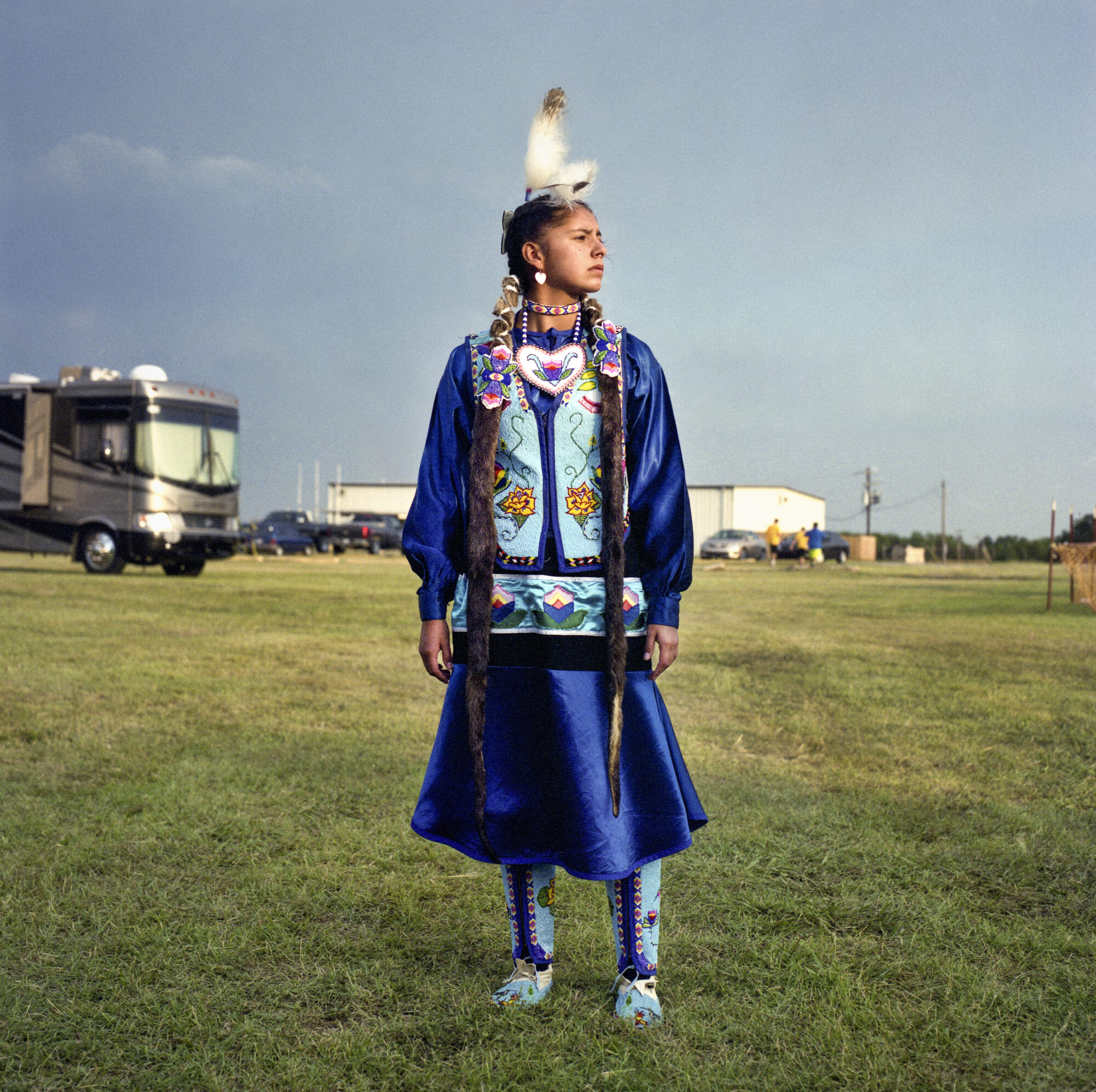 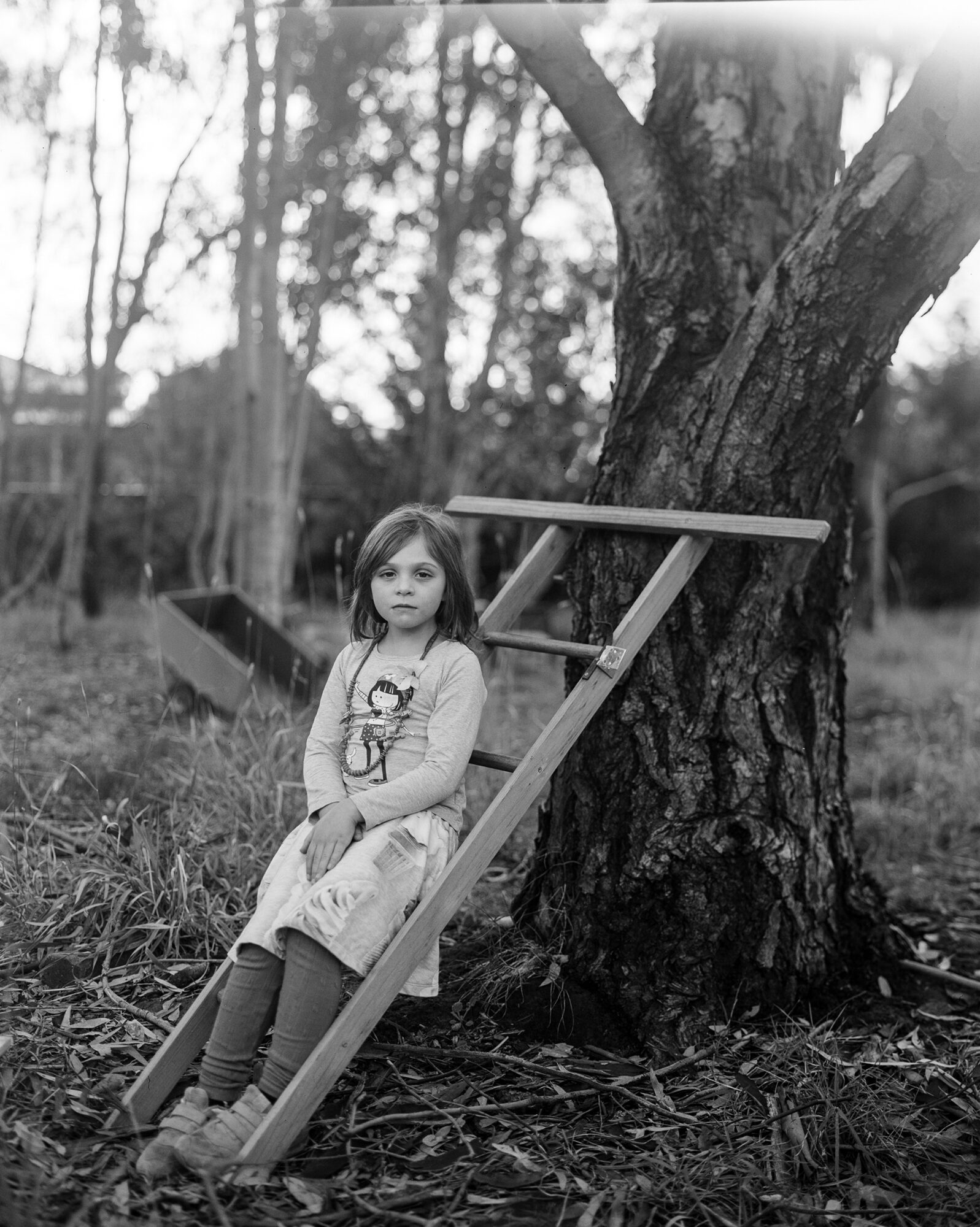 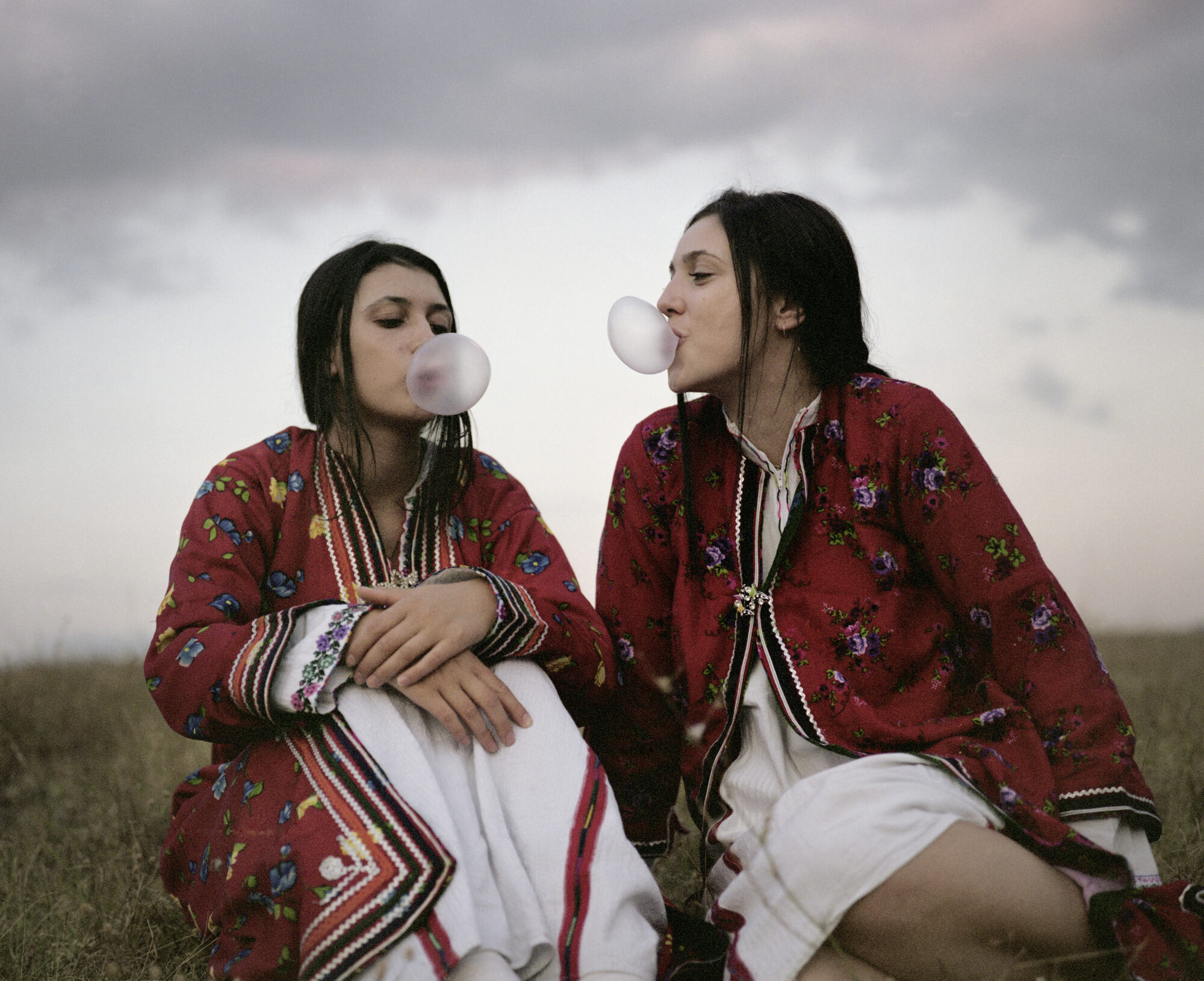 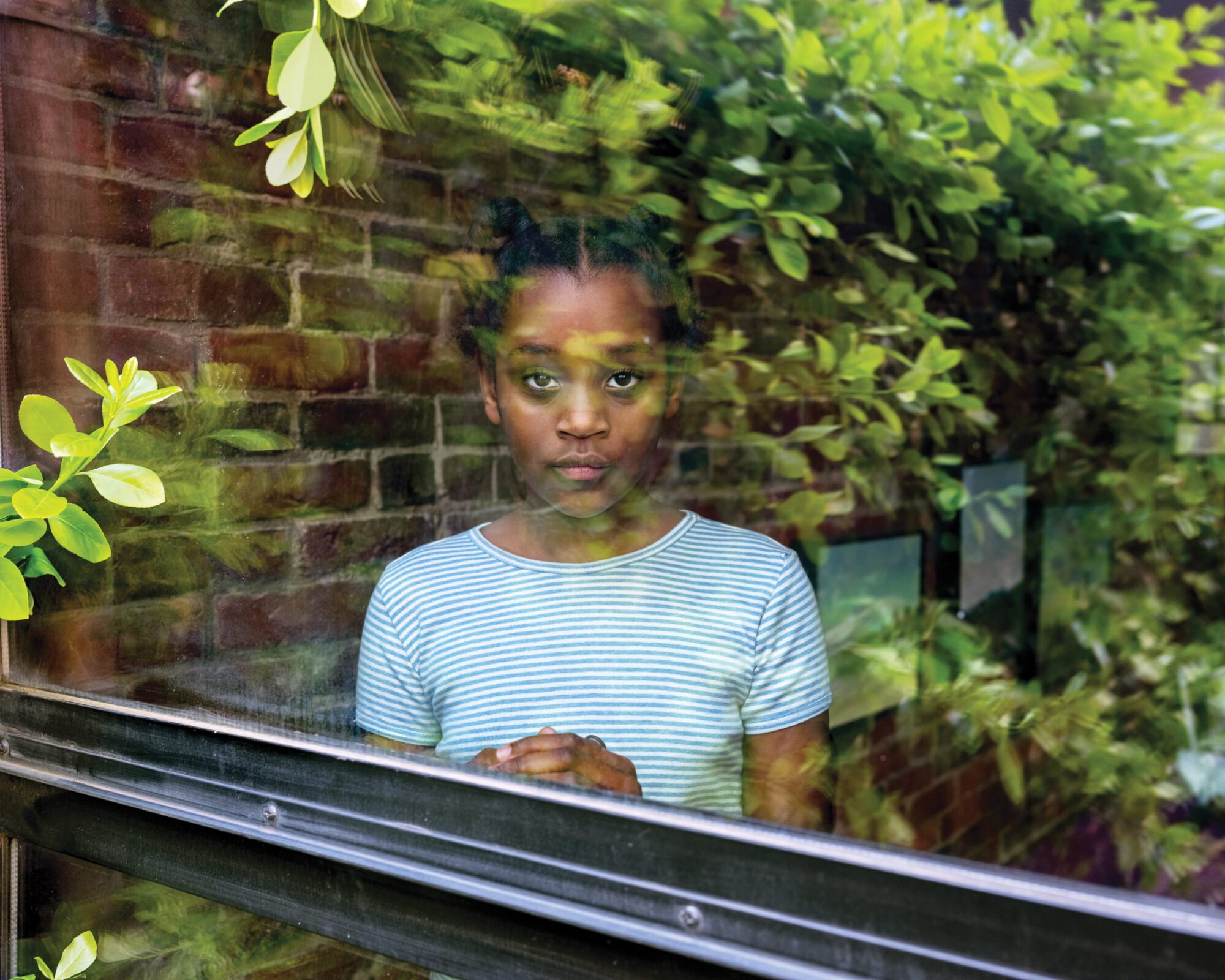 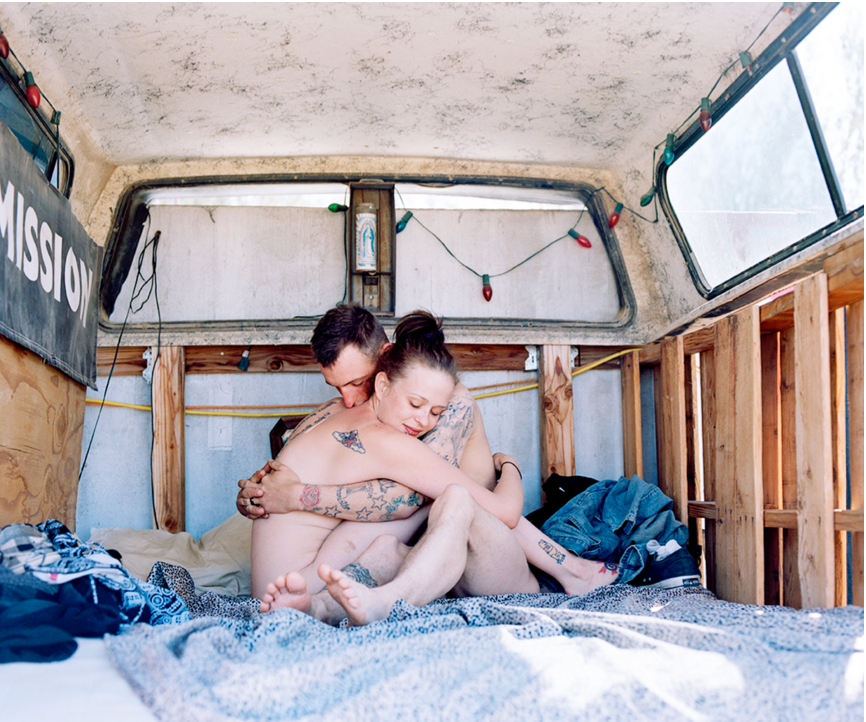 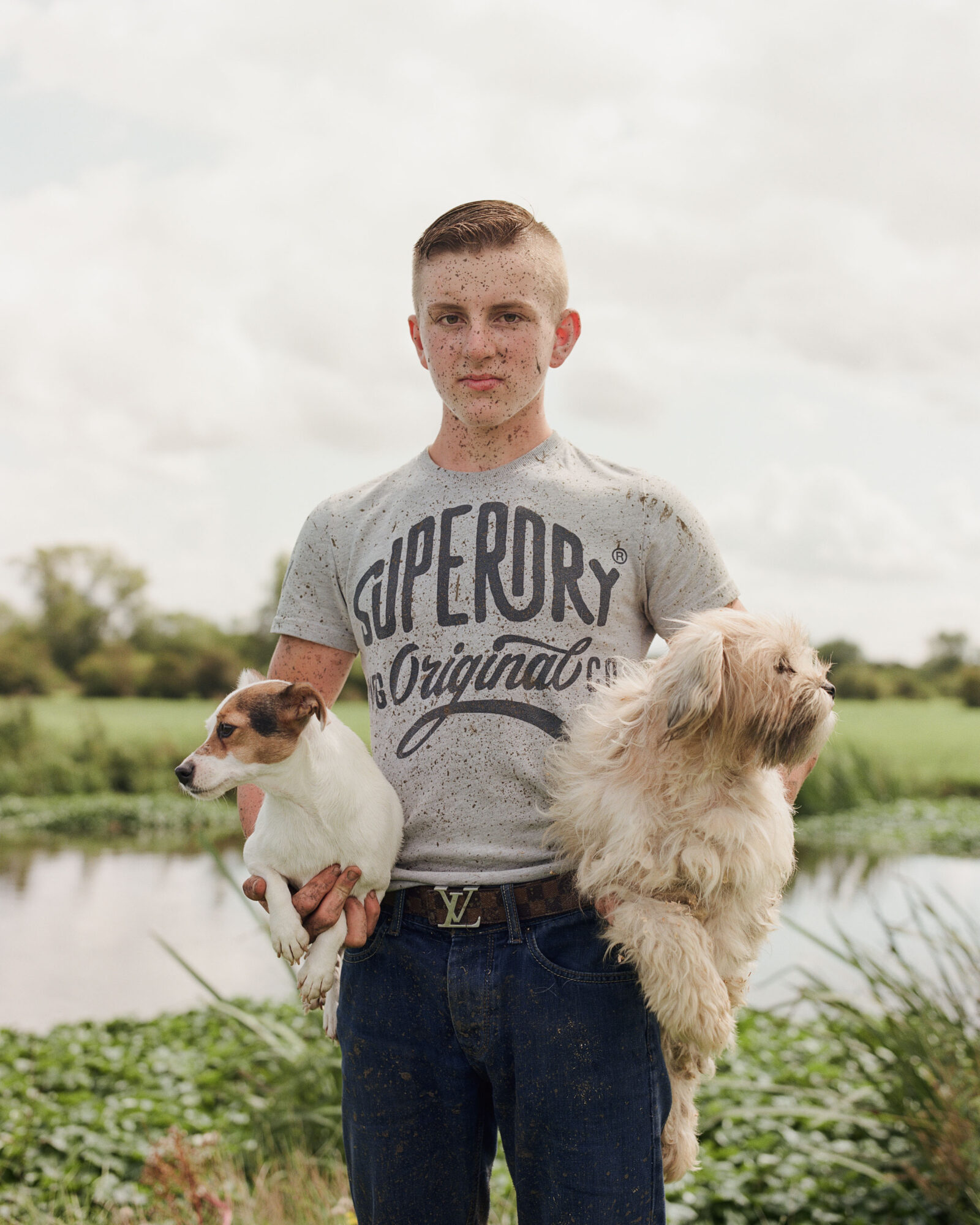 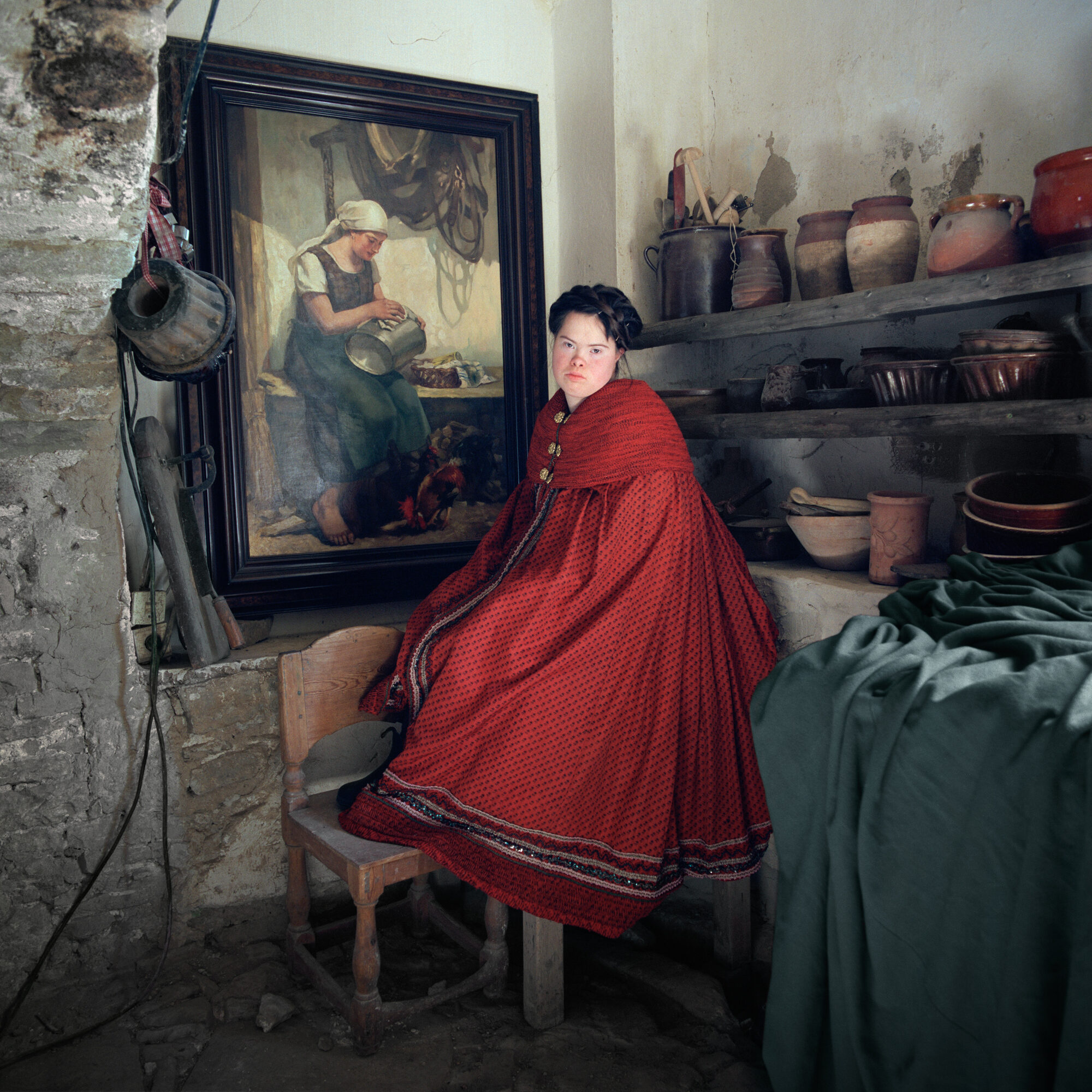 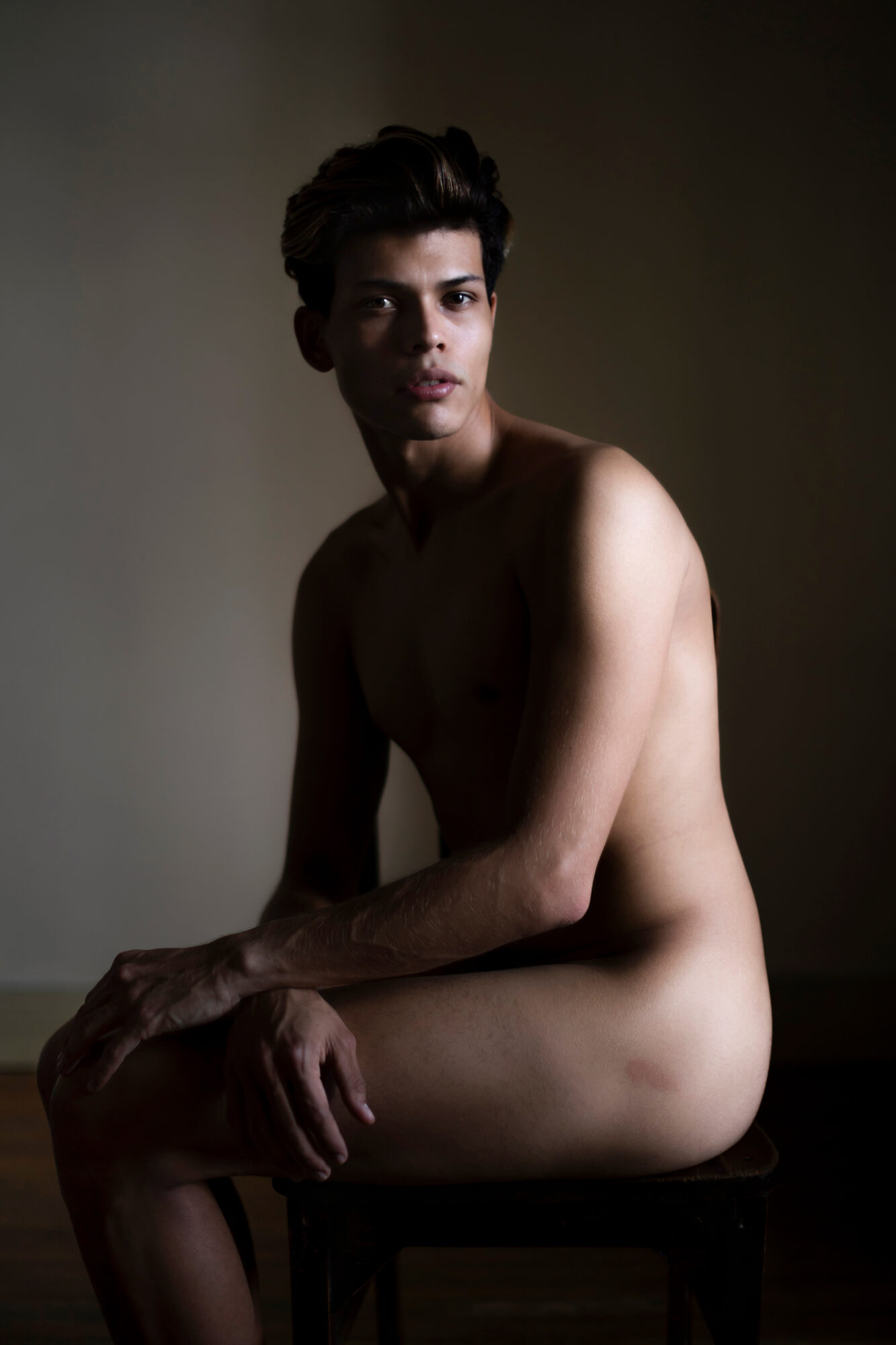